I’m currently 34 weeks pregnant and thought I’d just do a little update. I’ve not been posting much lately (not that I think people will have noticed!) as I’ve hit that pregnancy tiredness again and the little energy I do have is being used up by my toddler, which I wouldn’t have any other way! 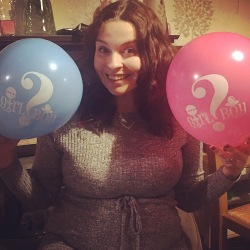 I mentioned in a previous post (here) that I was having another scan to check that my placenta hadn’t attached to my caesarean scar. I had that last week and it was amazing how much of the baby you could see. It has hair that was floating around in the fluid! Good news is the baby is looking healthy and my placenta has behaved itself and moved out of the way of my scar and the baby’s head. Very pleased! However the baby was measuring quite big so my consultant sent me for a gestational diabetes test but that came back clear. Thank goodness! That would’ve rained on my Christmas! I’ve got to go back for another scan in a couple of weeks and then hopefully my consultant will agree to us being on team VBAC. So far so good. 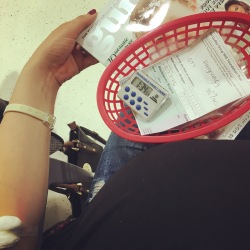 So Baby Knight II is cooking up a treat and will be a little chunk by the sounds of it. Big sister was never a tiny baby though and she never lost any of her 8lb 8oz birth weight so it wasn’t much of a surprise. I get some CRAZY big kicks and wriggles, my stomach is constantly moving around and my belly button has popped out already!

In terms of me, I have SPD now which makes things a bit difficult but I’m just powering through! I was offered physiotherapy but once Christmas is out the way I won’t have long left so I declined. It feels like more hassle than it’s worth especially with Little Knight. It’s not all the time but when it does strike I can be in quite a lot of pain. Only a few weeks to the finish line now though!

Other than that, heartburn has been completely vile and I cannot wait to eat and not think about it once the baby has arrived. I could write a whole post about how much I appreciate Gaviscon.

We finally sorted out the dreaded spare room of doom and now Little Knight has moved in to her new big girl bedroom, which she loves! Her old room will go back to being a nursery again and just needs her toddler bed converted back into a cot. It’s on the husbands to do list! He has a week off over Christmas so we’ll try and get a bit more organised then…or we’ll just spend the week lying around watching Peppa Pig and finishing off the chocolate.